Assuming that mycotoxins pose little risk to ruminants is a misconception. Sander Janssen from DSM recommends including analysis of maize silage in your standard management practice. “Investing in analysis and taking action in time can prevent a host of problems relating to animal health and production.”

Farmers often assume that mycotoxins do not form a threat to ruminants, as the rumen is able to degrade the toxins. “That’s a misconception,” warns Sander Janssen from DSM. He recommends systematically analysing maize silage for the presence of mycotoxins. “Such an analysis is definitely worthwhile, as timely intervention can prevent a host of problems relating to animal health and production.”
Awareness
“Mycotoxins are invisible, odourless and tasteless,” says Janssen. Silage that shows many signs of spoilage caused by heating and with visible mould growth may actually be low in mycotoxins, whereas silage that seems visibly ‘clean’ may in reality be high in toxins. The only way of knowing the precise level of contamination is by analysing the silage. “Over the last few years, we’ve analysed many silage samples for the presence of Fusarium toxins. Some of the samples were taken from high-risk farms, so the samples weren’t completely random. It turned out that a significant number of the samples we analysed were infected with deoxynivalenol (DON), zearalenone (ZEA), nivalenol (NIV) and/or 3-deoxynivalenol glucoside (3-Gluc-DON). These are all mycotoxins that are known to adversely affect the production and health of dairy cattle."
Table 1 shows the impact.
Assuming a total dry matter intake of 23 kg and a share of 35% (8 kg dry matter) of maize silage in the feed ration, Janssen established that 21 of the 84 farms were at high risk from mycotoxins. The risk was assessed as average on 25 farms. This means that on more than half the dairy farms tested, mycotoxins in maize silage presented a realistic and considerable risk to animal health.
On-farm roughage production is a way for farmers to produce relatively cheap ingredients for the feed rations, such as maize (silage), fresh grass, grass silage, hay and straw. Roughage, and in particular maize silage, accounts for a large proportion of the total feed ration, and dairy cows have a high dry matter intake. “So if something is wrong with the maize silage, this has a huge impact on animal health and milk production,” Janssen warns.

“Mycotoxins disrupt the microbes in the rumen, and therefore also the rumen function. This reduces the fermentation of fibres and the production of volatile fatty acids. This can lead to ruminal acidosis and will simply aggravate the problems, creating a vicious circle." Some of the mycotoxins are degraded in the rumen, confirms Janssen. “However, in certain cases these metabolites are even more toxic than the original mycotoxin.” The mycotoxins and metabolites proceed from the rumen through the intestinal tract and enter the bloodstream. Janssen also emphasises that a combination of different mycotoxins in the feed ration can lead to additive or even synergistic effects on rumen health, gut health, and health in general. 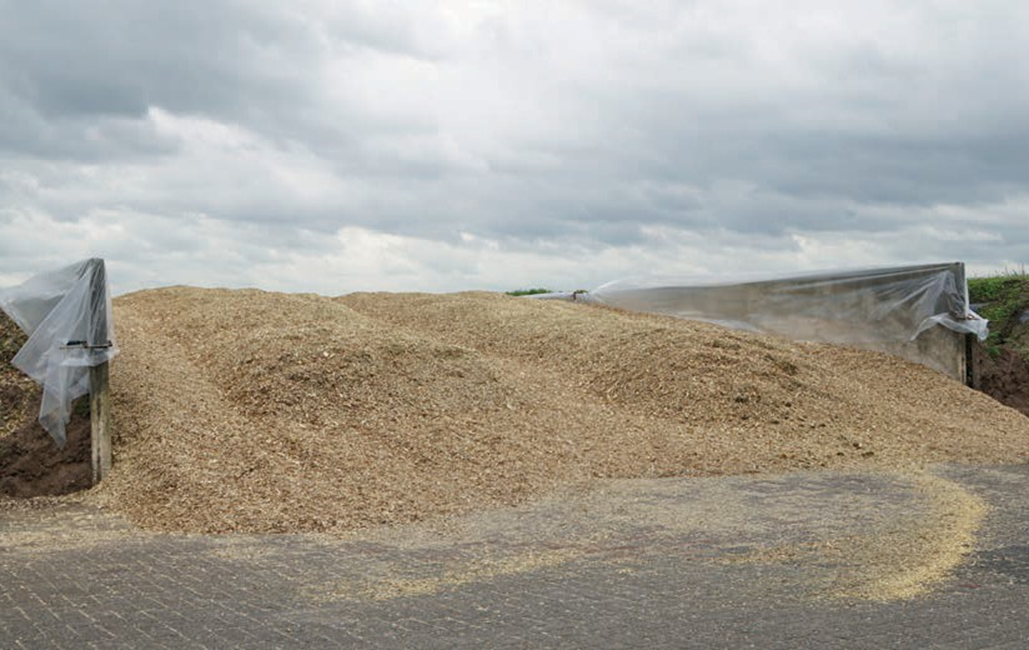 Analysis
Janssen has noticed that veal farmers are more willing to have their roughage analysed for mycotoxins than dairy farmers. In the veal sector, increasingly more attention is being paid to animal health and welfare. Veal farmers are keen to reduce the use of antibiotics in their sector, so more attention is being paid to roughage quality and rumen and intestinal development. However, awareness of the issue among dairy farmers is also on the rise. “As maize silage is already analysed due to the BEX (farm-specific excretion) regulations, testing for the presence of mycotoxins only involves a little extra effort. Analysing the maize silage already gives a good impression of the risk level of the entire ration.” When conducting a mycotoxin analysis, it is important to choose a laboratory able to work with the complex matrix of roughage, stresses Janssen. “It’s more complicated to analyse moisture-rich and heterogeneous roughage than dry, milled ingredients in concentrates." He also recommends analysing the samples using the LC-MS/MS screening method, and for the appropriate mycotoxins. Classic ELISA methods do not produce reliable results.
“Ultimately, getting hard information through measuring pays good dividends. For example, on high-risk farms, the right mycotoxin deactivator can be used at the right time to anticipate potential problems. Farmers can prevent production losses and problems associated with health and fertility, and achieve the full genetic potential of their herds," says Janssen.
Approach
If worrying levels of mycotoxins are identified, it is essential to tackle the root cause.
A large number of mycotoxin binders containing clay minerals (bentonite) are commercially available. “However, they’re mainly effective against aflatoxin,” Janssen says. As Fusarium toxins bind poorly, it is vital to use mycotoxin deactivators with multiple effects. Precisely for this reason, DSM Animal Nutrition & Health’s range includes Mycofix®, a product that unites three strategies to combat mycotoxins, Janssen explains. “The triple mode of action of the Mycofix® product line includes adsorption, biotransformation and bioprotection. Adsorption selectively binds the mycotoxins, biotransformation converts Fusarium toxins, among others, into non-toxic metabolites, while bioprotection supports immunity and liver and gut health."
All news items